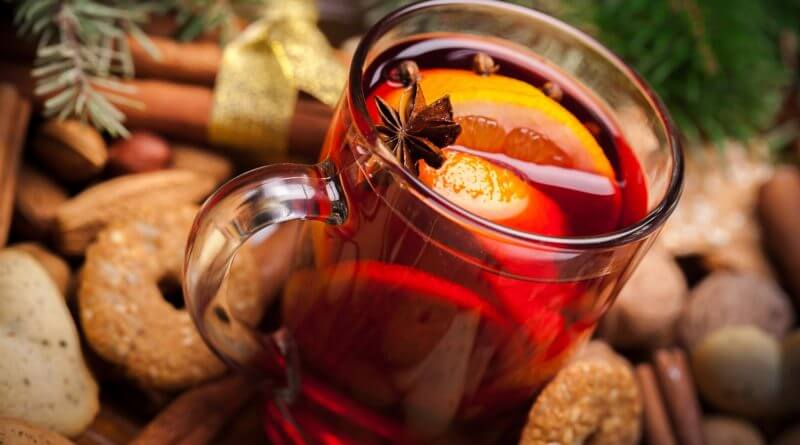 Are you fond of tea? Have you ever heard of rooibos? This drink from South Africa is like tea but without the bad side effects?

Indeed, not only does it not contain theine, but it also contains many good things for the body. Discover all the benefits of this drink that can be consumed freely, unlike its cousin tea.

In Afrikaans, “rooibos” means “reddish bush”, and few names could give a better description. The drink of the same name is created from the leaves and stems of this bush. These are infused to give a red color with a sweet and fruity taste that is sometimes called “red tea”. Like tea, rooibos can be drunk hot or cold, or even iced.

The bush it comes from only grows in South Africa, somewhere in the mountains a few hundred kilometers from Cape Town. Considered a national drink, the so-called “rooibos tea” has been an integral part of the life of many South Africans for centuries. However, you do not need to go to South Africa to drink it, as rooibos are now exported to many other countries, including the US.

Consumed for centuries in South Africa, it was not until the 20th century that the benefits of rooibos were discovered. Its composition predetermines it to be recognized for its health virtues: it is rich in mineral salts and trace elements, among which are calcium, magnesium, potassium, zinc and manganese, as well as antioxidants. In addition, it contains little tannin and is free from caffeine.

So you can consume this drink at any time of the day without risking unwanted side effects. The only precaution that you must take is not to spill it on your clothes because it has an unfortunate tendency to leave stains.

The rooibos is filled with nutrients essential to the body. Not surprisingly, it has many benefits for our body and our health.

1. It fights against intestinal disorders

Thanks to its high content of flavonoids, which have soothing and antioxidant properties, rooibos helps to relieve pain related to intestinal and digestive disorders. It can fight against a large number of ailments, such as diarrhea and intestinal spasms. You can also drink it if you have eaten a heavy or rich meal and your stomach is struggling to cope.

In Africa, rooibos is also commonly used to relieve colic in infants and children.

2. It fights hypertension and cardiovascular disease

The antioxidants it contains are full of benefits for our cardiovascular health. Indeed, they help get rid of free radicals and lower blood pressure.

Ultimately, the action of rooibos helps lower blood pressure and helps protect against many heart conditions, such as atherosclerosis but also strokes and heart attacks.

3. It can help fight cancer

The antioxidants of rooibos can also have positive effects in the fight against cancer. This is particularly the case with polyphenols which, in addition to their antioxidant properties, are anti-inflammatory and antiviral. Polyphenols act by trapping free radicals, which can participate in the development of cancer, to prevent them from attacking the cells of the body.

Currently, there are many who say there are not enough studies on the subject to prove the influence of rooibos against cancer. However, in South Africa, it is already officially considered an anticancer food. It is particularly effective against breast cancer, skin cancer and colon cancer.

4. It takes care of the skin

Rooibos has so many virtues for the skin that one could believe that its primary objective is to pamper it.

It has, first, soothing virtues that can relieve a lot of skin problems, such as skin allergies and eczema. This is mainly due to its high zinc content, which has antibacterial and restorative properties. In addition, rooibos can also be used to fight acne or protect the skin from the sun’s rays.

For this, you can apply on your skin a bag of previously infused rooibos or rooibos powder, and leave on for about twenty minutes. If you want to use it as UV protection, mix a little powder with your sunscreen as well as your after-sun care, as it protects the skin both before sun exposure and after.

If you do not want to apply it directly to your skin, you can also drink it as an infusion. So be sure to consume every day to enjoy its benefits.

But that’s not all: if you drink rooibos regularly, you will also benefit from its anti-ageing properties. Indeed, thanks to its zinc content and alpha-hydroxy acids, it helps prevent skin ageing, firms skin and significantly reduce wrinkles. Finally, it also has a very positive action on the complexion, because it allows refreshes and invigorates. Who said we needed cosmetics?

Rooibos contains fluoride and calcium, two nutrients that take care of our teeth. By drinking rooibos regularly, you will make your teeth stronger and more resistant to the bacteria that try to attack them day after day. This will help you avoid cavities.

But that’s not all. Rooibos also takes care of our gums. And if you like to drink often, you do not have to worry about the appearance of your teeth: it does yellow the enamel, unlike the classic tea.

Calcium is not only good for the teeth. We know it is also very good for the bones. In rooibos, it combines with manganese and other minerals to ensure the strength and health of your bones. Thus, not only does it help prevent bone structure degradation, which can lead to arthritis and osteoporosis, but it also helps repair potential lesions and rebuild bone.

Rooibos is rich in minerals and trace elements that provide energy, such as potassium, magnesium and manganese. Drinking regularly during periods of high fatigue will help you get fit and maintain energy.

In addition, unlike tea, rooibos does not contain a high concentration of tannins. However, tannins reduce the absorption of iron by the body, which can lead to iron deficiency, and, therefore, to energy reductions. By replacing the tea with rooibos, you will ensure you have more energy.

Because rooibos fights fatigue you might think it will prevent you from sleeping. On the contrary, when it comes time to sleep, it makes it easier for you and prevents you from being completely awake in the middle of the night. This is because it contains neither theine nor caffeine, which are both stimulants.

In the afternoon, replacing your coffee and tea with a cup of rooibos. You can also drink a cup just before going to sleep to relax and get ready for the night.

9. It protects against diabetes

Rooibos is one of the few foods to contain aspalathin, a very effective antioxidant against type 2 diabetes.

Aspalathin helps protect against diabetes in many ways, including reducing insulin resistance and balancing blood glucose levels in our body. But rooibos also plays a beneficial role in people who already have diabetes because it helps keep blood sugar levels at a normal level, thus avoiding peaks or low blood sugar levels.

Thanks to its antioxidants, rooibos helps fight against ageing on several levels.

First, antioxidants attack free radicals and prevent them from damaging our bones, skin and other parts of our body. In doing so, they also help strengthen our immune system. In addition, rooibos have positive effects on our cognitive abilities, preventing them from deteriorating with age.

And you, have you ever tasted rooibos? Let us know in comments below!