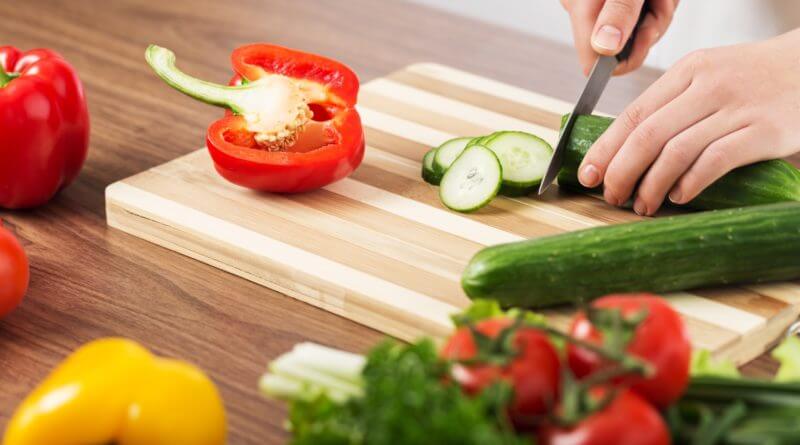 To eat healthily, you must certainly eliminate contaminated food, containing pyralene, for example. Here are our anti-cancer tips that go through our plate.

Among the following tips, some seem obvious, but others are less obvious. Follow the guide!

This concerns processed foods, which are frequently too rich in fat and sugar. Their energy intake is higher than necessary: greater than or equal to 225-275 kcal per 100 g.

The Ministry of Agriculture and Fisheries released a study in 2008 that shows that 44% of children aged 3 to 17 would eat less than a daily portion of fruit! According to some studies, up to seven fruits and vegetables per day are needed to make this diet truly effective.

It is recommended to consume 500 g of fruit a day, as well as about 50 g of dried fruits (apricots, grapes,…), hazelnuts, nuts… which are non-caloric fibrous foods. Fiber-containing foods such as green vegetables, legumes, whole grains, citrus fruits have a protective effect on colon and rectal cancers.

Non-starchy vegetables have a protective effect on cancers of the mouth, larynx and pharynx, esophagus and stomach. Two-thirds of the meal should consist of vegetables, fruits, whole grains or legumes.

It has been proven that certain foods have anti-cancer properties. In vegetables, opt for cabbage, garlic, and onion, soy or mushrooms.

Citrus fruits, strawberries, tomatoes or peaches, and nectarines are fruits also recommended in all their forms. A study also found in rhubarb a pigment that inhibits cancer cells.

The World Cancer Research Fund (WCRF) recommends foods rich in lycopene and selenium, as well as green tea, that has a role in preventing prostate cancer.

Coffee would also prevent the reoccurrence of colon cancer and increase the chances of curing this disease: drinking at least four cups of coffee is even recommended, according to a US study.

5. Some recommended plants and spices

Some plants and spices play a role against cancer. This is the case of spirulina, a micro-alga used as a dietary supplement and which would prevent some cancer by stimulating the immune system.

Ginkgo Biloba, extracted from an Asian tree and whose use is however not recommended for pregnant women, young children, hemophiliacs and people about to undergo surgery, or turmeric, even if there is a debate about its effectiveness and its anti-cancer properties, are also advisable.

Eating slowly is good for your health and especially for losing weight. Eating less quickly also protects the cardiovascular system.

A Korean study of 8,775 people showed that some biological parameters vary according to the speed of meals:

Generally, fast eaters have more cardiovascular risk than slow ones

In women, feeding speed has an impact on blood pressure and bad cholesterol (LDL) levels.

In men, the rate of food intake has an impact on the level of good cholesterol (HDL), on the functioning of the liver and the tendency to overweight.

The desire to eat healthy and balanced must exist from childhood because we often see obese children or adolescents. BMI, body mass index, is the ratio of weight in kilograms to height in meters squared.

Attention, only people aged 20 to 65 years can use BMI. Pregnant or breastfeeding women, sick people, and sportsmen cannot refer to this measure.

8. Being physically active on a daily basis

The physical efforts you make every day have a long-term beneficial effect on your health: they prevent weight gain while maintaining good muscle tone and working your heart.

30 minutes of moderate physical activity a day are recommended: it’s better to walk 30 minutes at a steady pace than to stay on your couch in front of the TV. An additional sports activity is of course welcome.

The excess of processed meat and probably that of red meat is carcinogenic. A recent WHO study has again proved it. It is thus necessary:

This does not mean that meat must be eliminated from your diet, but that it must be controlled.

A 2005 EPIC study shows that reducing the risk of colorectal cancer by 30% requires eating less meat and more fish.

Why is meat harmful?

It would be because of its iron content. Iron, when combined with muscle proteins, is a “pro-oxidant” element that is conducive to the formation of cancer. We know that cooking plays a role and it is better to avoid the barbecue. The negative role of saturated fats in meat and deli meats is often blamed.

In short, to prevent colorectal cancer (over 90,000 new cases per year in the US) and to improve our diet, we should choose the protective role of fruits and vegetables, garlic and calcium or foods rich in omega 3.

The recommendation of the experts is to avoid alcohol – wines, aperitifs, spirits, and beers. Liver cancer affects over 30,000 new people each year in the US, mostly triggered by cirrhosis of the liver due to alcohol abuse and hepatitis B and C viruses.

More broadly, alcohol is responsible for 9% of deaths in men and 3% in women.

The causes of cancer are multiple but a negative agent such as alcohol has a “potentiated” effect in a context where complex interactions with other substances and foods occur. If you do not opt for pure abstinence, limited doses of alcohol are recommended: 10 g per day for women and 20 g for men; which corresponds to a glass of wine or two maximum.

Prefer red wine that contains flavonoids and resveratrol that are beneficial components to your body. One hypothesis of the researchers is that the moderate consumption of red wine has beneficial effects because it activates the antioxidant capacities of the enzyme.

[…] is known for both anti-cancer and detoxifying […]