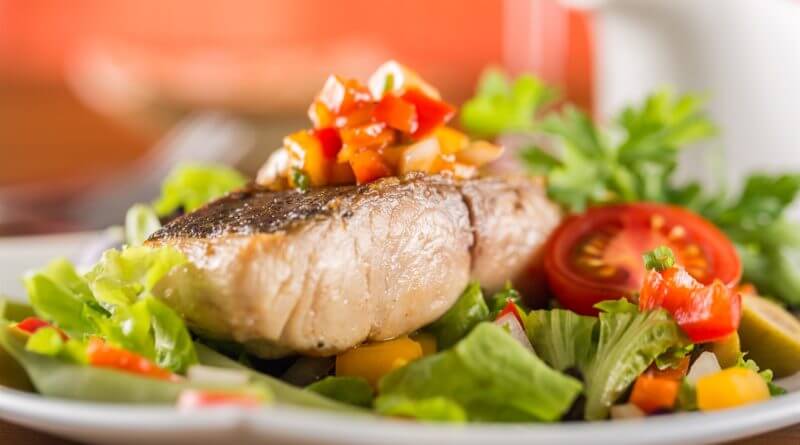 9 Iron-rich Foods to Add to Your Menu

The human body needs iron to replenish energy. Iron deficiency is called anemia and is characterized by a lack of red blood cells in the blood.

Here are the top 10 Iron-rich Foods you should add on your diet.

In North America, anemia affects 20% of women (and up to half of the pregnant women) and 3% of men.

To maintain its iron reserves in the body, we must first rely on animal sources of iron (called heme), which are absorbed 3 times better than sources of plant iron (non-hemic).

The following list offers iron-rich foods for everyday consumption, in addition to Popeye’s spinach, it goes without saying!

It is wise to add (occasionally) red meat to the menu to get the recommended dose of iron, especially an easily assimilated version.

Roast beef deserves to be on the shopping list because of its higher iron content than poultry or pork.

This cut of beef provides more than 2 milligrams of iron per 100 grams of uncooked product and almost 30 grams of protein.

Good news for lovers of this fish, which can be a pleasant surprise: tuna is also endowed with iron. Appreciate its versatility, which is ideal for salads, casseroles or sandwiches!

Tuna is even more protein-rich than other meats and poultry (over 30 grams per 120 gram serving or 4 ounces stored in water) and low in fat. It contains 2 milligrams of iron per 100 grams.

A somewhat unusual option, mussels that can be found alive in almost all fish counters are unquestionably the best source of iron. Versatile, mussels are exquisite steamed in or in a pasta dish with tomato or creamy sauce.

Low in calories, they provide significant amounts of omega-3 fatty acids and as much as 7 milligrams of iron per 100 grams serving (the equivalent of almost ¼ pounds or just over 3 ounces).

There are hundreds of types of cereals in the supermarket and the quality is quite varied. Prepared cereals are almost all fortified with iron so that young and old can meet their needs. Initially dedicated to breakfast, they are also convenient for snacking or recipes for energy bars.

It is possible to spot cereals with more than 5 milligrams of iron (like Cheerios for example) without too many calories!

Although the vegetable kingdom is not as abundant in iron as animal products, some crops are worthy of consideration. This is the case of white beans and lentils, both of which are particularly rich in iron. Since it is vegetable iron and not an animal, you can combine it with vitamin C (vegetables in a soup or lime juice salad) to maximize absorption.

With as much as 5 milligrams of iron (though vegetable) and 10 grams of fiber for 1/2 cup, these beans are champions!

Increasingly known, this pseudo-cereal that comes from South America is a real nutritional treasure.

It is considered both a cereal and a protein: it can replace both grain and animal products, which makes it very interesting.

The quinoa grains are sublime in salads, both hot and cold, while the flakes are prepared in pancakes or muffins.

There are nearly 4 milligrams of iron and 5 grams of protein per cup of cooked grains or flakes.

Of all the seeds and nuts, pumpkin seeds are at the top of the list for iron content. You can now find pumpkin seeds almost everywhere in grocery stores. They are a convenient snack in a mixture of dried fruits, shelled in salads or in homemade muffins and bread.

1/4 cup (4 tablespoons) of seeds provide almost 3 milligrams of iron and many B vitamins.

The go-anywhere ingredient for vegetarians, tofu is a food that is full of nutrients, including iron, calcium and more than a lot of protein. Tofu remains the vegetarian alternative for simmering, prepared dishes, sauces and (why not?) Desserts!

We must be careful not to confuse the molasses of fantasy found easily in the grocery store with green molasses, which will be found in health food stores. This green molasses contains an interesting amount of iron. Additionally, it is convenient to have in the pantry to replace sugar in baked goods. Despite what its name indicates, green molasses has the same color (very dark brown) and the same texture as conventional molasses.

A tablespoon of it is low in calories, about 3.6 mg milligrams of iron and other minerals to nourish your muscles and bones since a tablespoon contains nearly 180 mg of calcium!