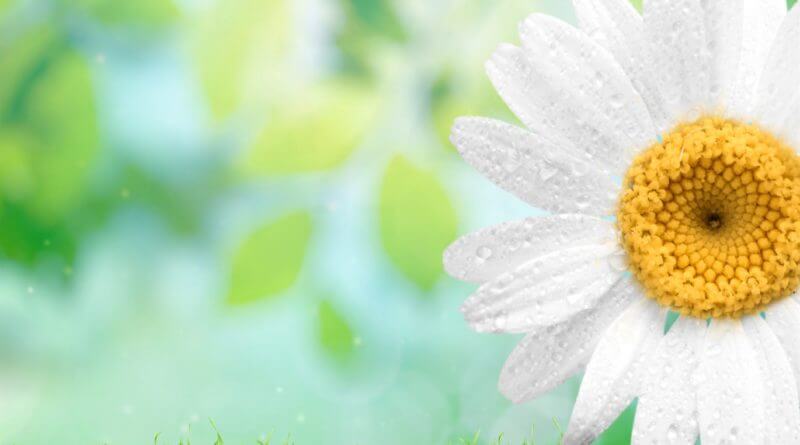 The quality of sleep is essential to be in good health.

The little worries of everyday life or bad habits can disturb sleep patterns.

In this case, it is out of the question to give in to sleeping pills: we prefer natural solutions to help us sleep better.

Valerian or Valeriana officinalis is a classic herbal medicine for sleeping well. Native to the temperate regions of Europe and Asia, valerian has been used since antiquity.

How does valerian affect the quality of sleep?

It improves digestion, has relaxing and anxiolytic effects. Numerous studies have demonstrated the positive impact of valerian on the central nervous system: it is a sedative, relaxing and spasmolytic (it acts against muscle spasms).

Valerian reduces the time taken to fall asleep and improves the quality of sleep. This has been demonstrated in a placebo-controlled study. People consuming valerian have reported an acceleration of falling asleep. Moreover, the recording of their brain waves during sleep has confirmed that valerian improves sleep patterns.

Take valerian for at least two to three weeks before feeling the effects.

Tip: combine it with lemon balm because according to a study, the synergy between these two plants promoting sleep would be as effective as a chemical sleeping aid – especially triazolam – side effects and less.

How does orange blossom affect the quality of sleep?

It smells of the Mediterranean. Not only does the orange blossom delicately perfume dishes, and especially pastries, it is rich in health benefits.

In herbal tea: boil one to two teaspoons of dried flowers in 200 ml of water. Its leaves and precious flowers have a sedative effect.

Orange blossom soothes the anxiety or colic in babies.

Chamomile herbal tea is a classic recipe for grandmothers sleeping well. Its calming properties also make it an ally for the day if you tend to be stressed. WHO recognizes the effectiveness of chamomile for relieving nervous restlessness and minor insomnia.

Kava (or kava-kava) is a plant native to the western Pacific. In Hawaii, it is called ” awa ”, ” ava ” on Samoa, and ‘yaqona’ in Fiji. Kava is from the pepper family. This plant has a rather hectic life in the West since it has been and remains banned in many countries, except in some homeopathic forms.

It is accused of causing liver problems.

Yet experts question the relevance of these bans, saying kava toxicity reports are incomplete and poorly documented.

The ban on kava is more related to political reasons than to proven toxicity.

How does kava affect the quality of sleep?

Kava fights the symptoms of stress, anxiety, and depression.

5. Linden as a sedative

The flowers of the linden tree contain many substances effective at many levels: fatigue, anxiety attacks, neurasthenia, migraines, flu symptoms or insomnia.

Linden flowers have been consumed for a long time as an infusion against nervous fatigue and insomnia.

The linden acts, like hawthorn, on the cardiac system: by hindering blood hypercoagulation and narrowing of the arteries.

Linden is consumed in the form of a herbal tea by boiling dried linden flowers. For children, the use of buds is recommended. In the past, children were bathed with lime-infused water to soothe them before sleeping.

How does the linden affect the quality of sleep?

The linden flowers are rich in flavonoids. This is why in infusion the lime tree promotes soothing and falling asleep.

The California poppy was already proving its worth among Amerindians. The latter had a tradition of using it to treat headaches or toothaches and to help children fall asleep.

How does the California poppy affect the quality of sleep?

The California poppy makes it easier to fall asleep and affects the duration of sleep. In addition, its effectiveness is not instantaneous: it is advisable to consume it in mother tincture form for a few weeks. Dried flowers are also drunk in herbal tea.

The famous “red tea” – which is absolutely not a tea – has been grown in the Cederberg region, 200 km from the city of Cape Town, since the 1930s.

It is famous for its relaxing properties and is also very rich in antioxidants.

How does rooibos affect the quality of sleep?

“Red tea” does not contain theine or any other stimulant. A small infusion of rooibos at night helps to find a good quality of sleep.

The verbena, Verbena Officinalis, is to differentiate from the verbena perfume which it is advisable in case of the stomach ache.

How does verbena affect the quality of sleep?

The verbena tea is ideal for disorders related to nervousness. Do not hesitate to drink two or three cups a day.

Angelica or Angelica is a plant widely used in herbal medicine.

It is its root that has interesting properties for those who feel tired. It is consumed in the form of essential oil, preferably internally.

Drop a drop on a cotton pad for example before bedtime.

How does angelica affect the quality of sleep?

10. Lavender to calm down

How does lavender affect the quality of sleep?

Hawthorn already used in ancient Greece and this tradition continues to this day, especially in Germany.

How does hawthorn affect the quality of sleep?

It contains flavonoids and procyanidins that have an antioxidant effect and makes the heart rate more regular. This is the conclusion of the Cochrane group that synthesized clinical studies of thousands of hawthorn-treated patients.

Hawthorn helps to relax by relieving the heart – especially for people with hypertension. The heart rate slows down, just like that of breathing. The body then starts to rest, which is conducive to falling asleep.