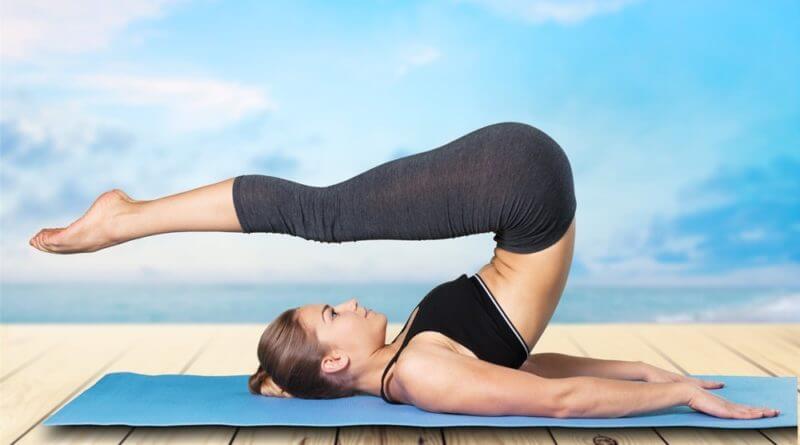 Exercise
September 18, 2018December 15, 2018 admin 1146 Views 0 Comments bones, burn, calories, cardio, cardiovascular, endurance, frisbee, get in shape, intensity, yoga
The benefits of regular sports practice have a direct positive impact on your health.
Some of them are cardiorespiratory endurance, muscle shape, better bone status, reduced risk of illness and depression.
But if running or the traditional office football team annoy you, can still find an activity corresponding to your physical condition, your personality, and your desires. 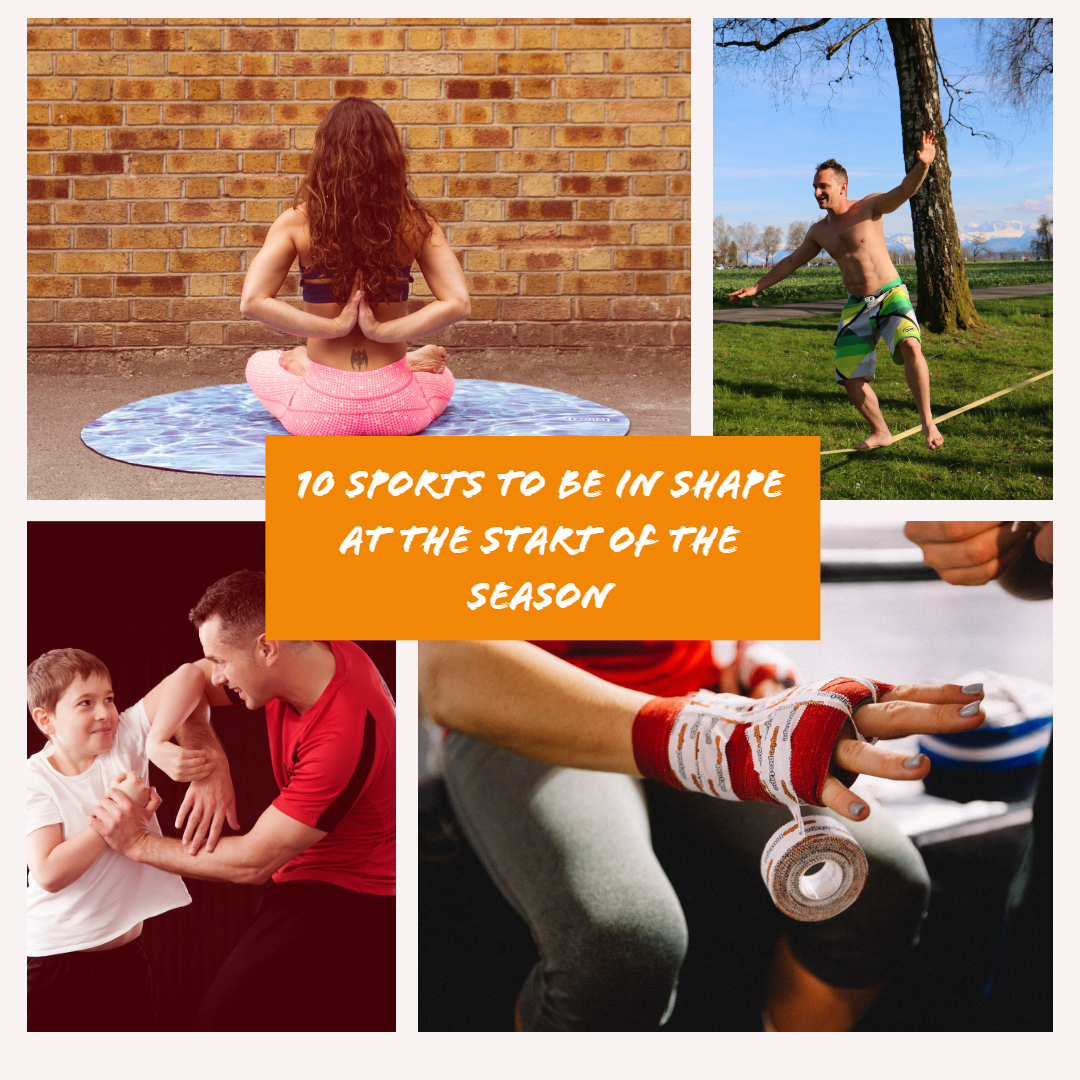 Here is a selection of 10 fun sports, original and excellent for fitness!

Paddle Yoga is a mix of surfing and yoga. Balancing on a board you need to perform several postures from yoga.
While keeping the physiological benefits of yoga, yoga paddle can also improve stability and balance.
Standing, sitting, or lying down, the simple fact of being on the board will work all your muscles in no time.
The environment for practicing paddle yoga is pleasant since it takes place in a pool in winter, or on water.
Also don’t forget to plan a swimsuit, or a suitable outfit, because, during class, there is a good chance that you will fall at least once in the water!
Note that the practice is not appropriate for people with back or hip problems.

Indoor sports, the Pound is becoming the star of fitness across Europe! Mixing music and movements,  exercising with sticks called “ripstix”.
Coming from the United States, this sport promises 45 minutes of practice to the rhythm of energetic music.
If the use of chopsticks brings a very playful side, recharging the battery, each session allows you to work the muscles in isometric, and as for Pilates with several angles.
Zumba fans will appreciate this novelty!
Apart from the benefits of your coordination, this will allow you to burn up to 500 calories per hour.

Skwalball is a team sport inspired by handball, but also football and volleyball.
Two teams of six compete on a handball field to score against a goalkeeper.
The ball is the one used in beach volleyball, but to make things harder, you only need to score points by hitting the ball with your hand, head or feet.
The strategy is, therefore, rigorous!

From New Zealand comes body-fight, a choreographed fitness class that combines boxing, karate and capoeira.
After a warm-up, the body-fight session alternates between cardiovascular work and combat simulation.
A class usually ends with cladding and muscle building exercises.
High-intensity sports, body-fighting helps to increase speed and agility while reducing stress.

A very dynamic and spectacular collective sport. Kinball has three teams of 4 players competing on a square court of 20 meters side that compete for a huge ball of 1.22 m in diameter, weighing almost one kilo.
First, let’s explain the principle. You have to serve the ball and name the team with the most points to the scorer so that it can not receive it before it touches the ground.
If the target team does not recover the ball, the other two teams each score one point.
Otherwise, the dynamics of the game continues and the team has received the ball tidied up making sure to call out one of the other two teams.
A Sport Of Cooperation.
It forces each team of 4 players during the three games of 15 minutes each to be constantly active, in attack and defense.
Attractiveness: all strikes, tactical and technical aspects, slips at defensive receptions, the speed of execution and speed of reaction.
Accessible to everyone, from the age of 8, Kinball created in 1986 in Quebec. It is played today in Canada, France, Belgium, Switzerland, but also in Japan, China…

Until recently, walking in balance on a tightrope, it was thought, for the circus tightrope walkers.
Today, this difficult exercise, which requires concentration and a great deal of self-control, reinforcing the sheathing of the muscles, is rapidly gaining popularity.
Thanks to the movie Flight of the Frenchies, which features French followers of slack jumping, a spectacular derivative.
At the base, the slackline is a band stretched between two points, which one will try to cross while walking in balance. Slack jumping is the same thing, except that you parachute the line. If this derivative is not for beginners, the slackline is accessible to all and requires only patience, and a minimum of caution to prevent dangerous falls.

Practice a martial art or self-defense to keep fit, nothing revolutionary. Yet, with Krav Maga, hand-to-hand combat takes on a much better performance. And so some will worry: do I really want to do a combat sport, which is more effective, to be in shape?
First consideration: the method, originally developed by Imi Sde-Or (Lichtenfeld) for the Israel Defense Forces (IDF) and other national security services, has adapted for the purposes of civilian use.
So it’s not about turning yourself into a security agent ready to neutralize your enemies.
Besides, the method designed so that everyone, young or old, male or female, can use it regardless of their physical abilities.
Moreover, Krav Maga is a self-defense system which is well known for its simplicity.
Its system is logical, and, so, easy to learn and memorize.
It will allow you to better prevent stressful situations, use common objects to defend yourself (pen, newspaper, umbrella, etc.) and defend yourself against an attack with bare hands or armed hands, it is also like all martial arts, an excellent way to get in shape, to develop your flexibility and coordination.

This sport, well known in North America – called Lacrosse in English – but not as much in Europe, it is a direct legacy of Amerindians, who practiced it in the Great Lakes and the Northeastern United States since the eleventh century.
The principle is simple. Players use a stick “a small net at the end of a stick a little shorter than a hockey stick” to put a ball in the opponent’s goal, on land similar with a field of ice hockey.
Still gaining popularity in Europe, the sport is very popular in the United States and Canada.
The merits: La Crosse requires a very high speed of movement, a great dexterity in the handling of the lacrosse stick, and, for those who like contact sports, like hockey, contains a degree of contact, to say the least.
Those who have never attended a La Crosse match might surprise to see opponents hitting their shoulders or head.
But the shots do not hurt: the players are very well protected!
The goal is to dislodge the ball from the net of the opponent and to recover it.
So a team sports tonic, that is fun and technical!

Do you remember this from the famous movie? In this game there are two teams, which are flying on their magic brooms, fight for a magic bullet, the Snitch?
Well, now you can play it too!
The Muggle Quidditch, or quidditch on the ground, adopted by North American students for the non-magicians of the game invented by JK Rowling, opposes two teams of 7 players who must pass a ball in one of the three rings at the end of a field, before another ball, symbolizing the Snitch, is caught.
Particularity: the players run with a broom – or a simple stick – between the legs!
Fans of Harry Potter, players both on the field and in the spirit will be attracted by the playfulness of this game, which is developing, international competitions having already been organized, under the auspices of the very official International Quidditch Association.

Frisbee, a child’s beach sport? Think again! With the ultimate frisbee, you will run… Identical to rugby in principle: two teams of 7 players (but we can also practice 5 against 5) pass the frisbee to reach the goal area to the other end of the field.
The player in possession of the disc can throw it in the direction of their choice, but they must pass it to a member of their team within ten seconds. Once they own the frisbee, they must not walk.
Coordination, cardio, strategy, and very little equipment required, except a good frisbee: You can play this sport everywhere and easily.
For those who do not like contact sports like La Crosse, physical contact is not allowed.
And fair play is required: like all games with a disc, the Ultimate is played without a referee.
Share it If You Like It! 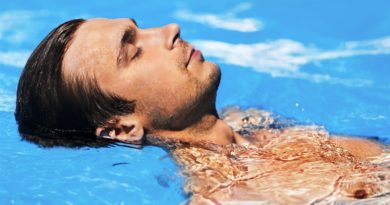 6 Pool Sports for a Toned Body